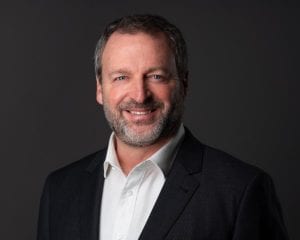 As one of the initial founding partners, Duane O’Geil has been with Calgary/Edmonton Independent Reporters (IR) since its inception in 1987.

With a strong knowledge of computers and technology, Duane originally focused on the technical side of the company, helping to bring IR to the forefront of services to the legal community in Calgary, Edmonton and across the province of Alberta.

Duane sought to create a vision for IR to be the leader in real-time technology offerings to the legal community. That first began with working with a software company in the United States and helping them to further develop their real-time beta platform to bring that into the mainstream on large litigation files. IR was the first court reporting company in western Canada to deliver real-time services first to the Public Utilities Board of Alberta, now the Alberta Utilities Commission, in 1992.

A few years later Duane continued to focus on real-time and created the first remote real-time access for counsel in a live hearing. This allowed lawyers, expert witnesses and their staff to have live feeds anywhere they were located in North America through dial-up modems. As technology expanded, he continued to integrate network feeds to counsel in hearing rooms and eventually, through what we now use daily, the Internet.

Always looking for leading technologies to offer clients in Alberta, Duane saw the benefit for lawyers to reduce travel and conduct discovery and depositions remotely with video conferencing. Further adding to that he looked at how realtime technologies, with video, could also further enhance normal text streaming and worked with software companies to include video into real-time text streams, giving lawyers the benefit of hearing and seeing a witness on a large screen or their computer no matter where they may be. Today IR hosts many different events for clients in a variety of offerings with video and live text.

From 1998 to 2018 Duane served on the Board of Directors for the National Network of Reporting Companies. His duties included being the Chair for a variety of committees including Membership, Marketing and Technology over those years. He also held office as President for three years. During his tenure with NNRC, he was the key person to focus on raising the awareness of NNRC on the Internet and making NNRC a strong force that delivers national court reporting services in the USA, Canada and Europe. The website he initially created evolved three makeovers helping to make NNRC known as the marquis provider of court reporting and legal services in North America and Europe.

With a love for real-time technology, Duane has made IR one of the leading providers of Remote CART Services in Canada. He looked for ways to provide services for hard of hearing students in classrooms using the same technology used in legal services but in an educational setting. Starting first with getting audio from a classroom over a phone line, he looked at other ways of streaming that voice that was more reliable. Again, as the Internet grew in the late ’90s and early 2000, he saw that as the missing piece and worked with a few clients over the next few years to incorporate streaming the audio from the classroom to a remote writer and then provide the live text back for the student to read, in realtime, on their laptop in the classroom. Today IR provides Remote CART Services to schools in Canada from coast-to-coast and also works with universities in the United States.

In keeping with the development of future court reporting students, Duane sits as a member of the NAIT Advisory Board for the Captioning and Court Reporting program.

On a personal level, Duane was both a coach and assistant coach in Calgary for the Trails West Hockey Association for many years. He also enjoys playing hockey in recreational leagues and meeting friends for bi-annual trips in Europe to cheer on Team Canada at the IIHF games. Aside from a love of hockey, you may also find him hiking on trails in the mountains and exploring vineyards in the Okanagan.