Transcripts in Canada May Have Different Spellings 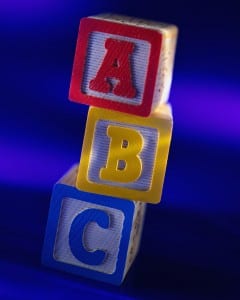 Being a court reporting company in Canada we also provide deposition services to attorneys in the United States. One thing that someone reviewing a deposition transcript is the Canadian spellings of words versus how they are spelled in the U.S.

In Canada we primarily use British spellings, but some words may also incorporate U.S. spellings. American spelling of words were originally based off of the British spelling, but over time grammarists in the United States have made the words spelled more like they sound.

Well, Canadians don’t follow ALL British spelling rules, such as the two below:

However, in many other instances, Canadians do tend to use the spelling in the same manner as the British. In many ways this does help to offer some clarity when reading text in a transcript.

Here are two words in the sentences below that use Canadian/British spellings in a sentence:

The electric meter on the house is approximately 1.2 metres from ground level.
and
Let me check with the office to see if the cheque was mailed out to you.

In the first sentence, if this text was being produced by a court reporter in the U.S., the word, meter/metre, would be simply put in as meter. However, in Canada, we use different spellings for each. Meter – a device used to measure usage is different from metre, which is spelling used to measure distance. You can see how this actually helps to provide the reader with a better understanding of which meter refers to what form of measurement.

The second example is check and cheque. The word cheque refers to a form of payment while check refers to an action of confirmation.

Other words used in Canadian spellings that maintain the British rules are -our words, such as colour and neighbour. Also, words with -ing endings will double the “l”, such as travelling.

Court reporters with our firm maintain a listing of other unique words that are spelled using the Canadian/British spellings. Our go-to reference dictionary at Calgary/Edmonton Independent Reporters is the Canadian Oxford Dictionary.  There is a great video on the Oxford Blog – British & American Spellings that provides even more information on differences in Canadian/British and U.S. spellings. Check it out and you will see why we spell words the way we do.

Now, the next time you receive a transcript from a court reporter in Canada and notice some different spellings, you will have a better understanding on why we spell some words just a little bit different than you.